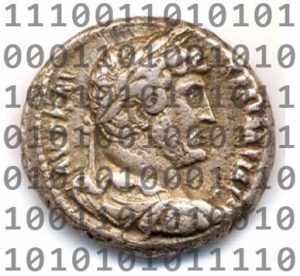 This month, there has been a major event in the world of American finance.

On May 7, itBit became America’s first national regulatory-compliant Bitcoin exchange. This is a very big deal because it paves the way for customers to now feel more comfortable with virtual currency, which appears to be one of the emerging trends in commerce.

Today, the most popular virtual currency (also known as “crypto currency”) on the market is Bitcoin. This type of currency is intangible. It is a form of exchange that uses cryptography to secure transactions and to control the creation of new units.

Bitcoin is not yet regulated by our government and so it remains a self-regulated, decentralized currency. To use Bitcoin, one purchases it on an Internet exchange similar to buying foreign currency like the Euro.

Now with itBit, a national regulatory-compliant Bitcoin exchange, this process can be done with more confidence. Bitcoin will almost certainly gain popularity in the marketplace, with one of its advantages being that the entire history of its transactions is encrypted in each unit. That makes it a useful tool for, among other things, settling securities transactions.

The way Bitcoin works is that when Bitcoins are purchased, they are deposited into an online account called a “Bitcoin client.” The account is identified by a long series of numbers and symbols which allow for total anonymity but also contain a record of ownership. This is the big allure of Bitcoin. It solves the problem of cyber crime and identity theft because there are no names used, no addresses, no Social Security numbers, no bank account numbers and no dates of birth.

As a decentralized currency, there remains no bank or government regulation of Bitcoin currency. However, each Bitcoin unit is self-regulating through an electronic ledger system called “the block chain.” The block chain ledger records all transactions from the beginning. The ledger is constantly updated and monitored to assure accuracy of each account balance. Bitcoin has tens of thousands of individuals, called “miners,” who are tasked with monitoring all of the transactions to make sure they are properly recorded.

However, because Bitcoin is not government regulated and is completely anonymous, it is not favored by the IRS. This is because it is so easy to evade taxes with this currency. You can almost think of Bitcoin as unmarked, non-sequential bills.

If you pay an employee wages in Bitcoin, you are not going to withhold some of those Bitcoins to send to the IRS. Similarly, if you exchange Bitcoins for cash, who is to say whether there was a “gain” from that transaction which should trigger a tax event? The IRS has no ability to monitor Bitcoin transactions. For many, this is another allure of this currency.

What is staggering is how many Bitcoins are already being traded today. Many large companies are accepting Bitcoins as a legitimate source of funds, allowing their online products to be bought with Bitcoins. Some of the more well-known companies that are presently trading in Bitcoins are Amazon, Target, CVS, Sub-way, PayPal, eBay, Virgin Galactic, Tesla, Expedia, Home Depot, Sears, Kmart, The Gap, Apple and Dish Network. The list goes on and on.

Since cyber crime has become one of our biggest modern-day challenges, there is a lot to be said about the value of crypto currency as it relates to cyber security. And, given how many retailers and businesses are already accepting this currency, it is a safe bet that this is not a passing fad.

The existence of itBit as a national regulatory compliant Bitcoin exchange is absolutely a sign that more and more retailers will now begin accepting Bitcoin and that this is quickly moving into a legitimate form of currency. But the real benefit may come from exchanges using bitcoin block chains to settle complex transactions.

Maybe it’s time to open up your own Bitcoin wallet.

Lisa Spiwak is a partner in the firm Spiwak & Iezza in Thousand Oaks. Reach her at LSpiwak@sai-legal.com.