Shadow banks are coming out of the shadows – and gaining popularity 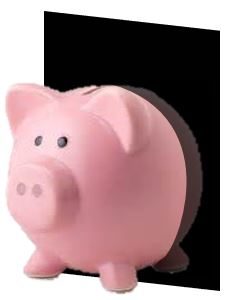 The financial world we inhabit today is vastly different from the one we lived in before the financial meltdown of 2008. The marketplace has narrowed extensively due to so many business failures. It has also become extremely difficult to borrow money. Anyone who has tried to obtain a bank loan to start a new business or to get a line of credit for their existing business knows this first hand. It is not just the business world that has been affected. These same hurdles exist in the home mortgage world as well. Why is this?

The simple answer is the Dodd-Frank Wall Street Reform and Consumer Protection Act. This compendium of regulations was passed in 2010 by the Obama administration as an attempt to prevent the recurrence of events that led to the financial crisis. Essentially what Dodd-Frank did, was to increase the regulations of our financial institutions so as to lower the risk of any sort of predatory lending practices that would harm consumers. Although this act was born with good intention, it has had a great deal of negative impact on our financial world.

Before Dodd-Frank, we lived in a risk-based lending world where banks took risks on those customers they believed in. Although this did result in many bad lending decisions, what it also did was promote the ideas that our country was founded on. It promoted the “American Dream” because it allowed individuals who had creative ideas to get the financing they needed to pursue their inventions or their new business ideas. This in turn benefited the marketplace.

The world we live in today is very different. Dodd-Frank has narrowed the opportunity for banks to engage in risk based lending. It has shifted the financial world from risk based lending to asset based lending. Banks are now encouraged to lend money to entities that have assets to collateralize the loan. In other words, the banks are being required by the government to only bet on a sure thing. No more long shots.

However, in classic American ingenuity, the financial world has found a way to get around the Dodd-Frank dilemma. It is a concept referred to as Shadow banking. Shadow banking is an alternative financing arena. It is comprised of unregulated nonbank lending institutions that can lend money without the tight restrictions imposed on traditional banks by Federal regulations. As banks have been lending less to the private sector, shadow banks have stepped forward to provide the long term credit that is desperately needed by the private sector.

The shadow banking industry is not a preferable option to traditional lending institutions in the long run. It is unregulated and could turn out to be harmful to the unprotected borrower if the lender engaged in predatory practices akin to loan sharking. However, given how impossible the Dodd-Frank legislation has made it to borrow money traditionally, it is at least a viable alternative to allow businesses to continue for now.

The shadow banking industry has multiple players including storefront lenders, insurance companies, hedge funds and real estate investment trusts. These entities offer borrowers funding at competitive rates where they would otherwise not be able to get funding from a highly regulated traditional bank. The more restrictive government regulations are on the banking industry, the more Shadow banks will emerge to fill the lending need. It is the basic law of supply and demand. Perhaps in reverse, the government will end up loosening some of the restrictions on bank lending so as to promote traditional banking and do away with shadow banking in the future.

There is one other aspect of the shadow banking industry that is beneficial to our financial world. That is the investment aspect of it. With ultra-low interest rates offered by banks and a relatively low rate of return from bonds and other fixed-income investments these past several years, shadow banking is a welcome tool for individuals with excess cash in search of competitive yields.

In attempting to crack down on bank excesses, Dodd-Frank has given birth to a whole new world of non-regulated finance.

Lisa Spiwak is a partner in the firm Spiwak & Iezza in Thousand Oaks specializing in commercial collection litigation. Reach her at LSpiwak@sai-legal.com.