Under the Bank Secrecy Act, the I.R.S. Can Now Seize Accounts Just on Suspicion 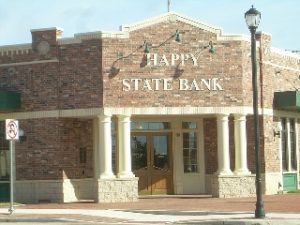 The Bank Secrecy Act of 1970, also known as BSA, was enacted to try and detect and prevent money laundering, tax evasion, or other criminal activities. It requires banks to file government reports for any deposits of cash over $10,000.00 as well as any cash purchases of negotiable instruments for over $10,000.00.

However, there is now a highly controversial area of law known as civil asset forfeiture, which allows law enforcement agents to take property they suspect of being tied to a crime even if no criminal charges are filed. This “law” has created a law enforcement dragnet made up of more than 100 multi-agency task forces combing through bank reports, looking for accounts to seize. They are searching for deposits under $10,000.00 that they believe are being done to evade the reporting requirements. They have termed it “structuring” and if they uncover deposit patterns below $10,000.00 that they find suspicious, they can immediately seize the funds in people’s bank accounts without ever even filing a criminal complaint. The burden is then on the bank account owner to prove themselves innocent.

They are targeting middle-class citizens who have never had any trouble with the law. These people are not criminals. There are several legitimate small businesses that make daily cash deposits under $10,000.00 as part of their normal business practices. If one of these governmental agencies targets a business and seizes its accounts, that business will then have to spend thousands of dollars to hire attorneys and forensic accountants to prove their innocence. It usually becomes so costly to do this, that people often give up and forego the money because the cost to fight the government is too expensive.

Civil Asset Forfeiture is a very big problem for all of us, particularly the banks. The banks are being forced by the government to comply with the Bank Secrecy Act by being ordered to file these reports. Last year, banks were forced to file more than 700,000 suspicious activity reports. It doesn’t appear that this reporting is leading to the curtailment of criminal activity. Rather, it just seems like another creative way for the government to add to the coffers.